The games they play- Cushion pathway

The Little ones are now aged two and four and a half, as sisters they are really close, they are the best of friends (most of the time) and play really nicely together. Little 1 has always had great ideas for games and plays for really long periods of time, Little 2 has a fantastic attention span for her age and plays really well with her big sister understanding the game she has going and following her rules.

It is lovely to see them playing together like this, in recent weeks I have been able to take a step back and allow them to play together without me joining in so much, this has allowed me a little time to pick up a magazine or drink my coffee while it is still hot!

The other day while I was upstairs changing the beds they were happily playing downstairs, I had left them playing babies and pre-schools, I could hear that they were doing something and there were many giggles, when I returned downstairs I found they had built this. 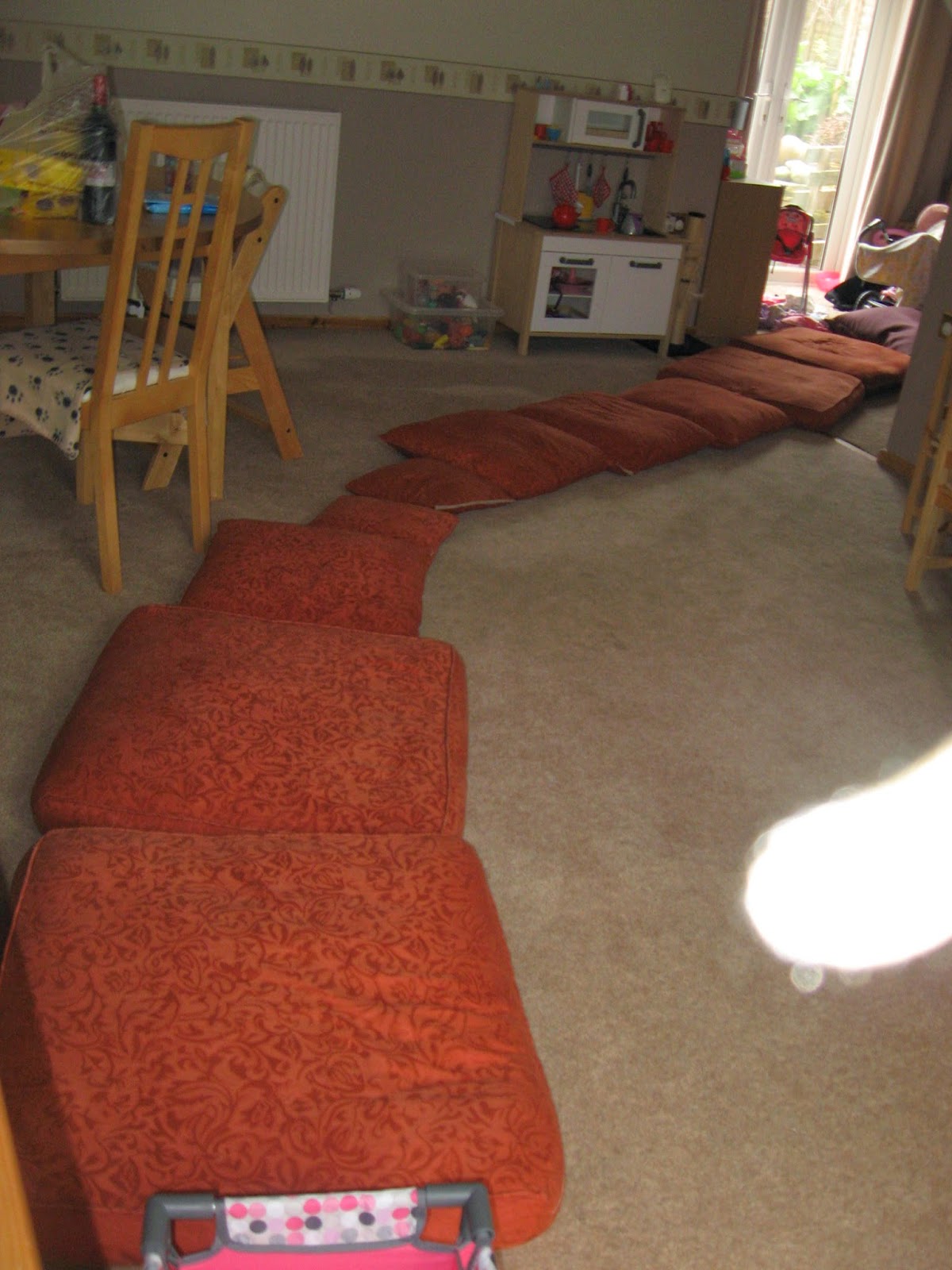 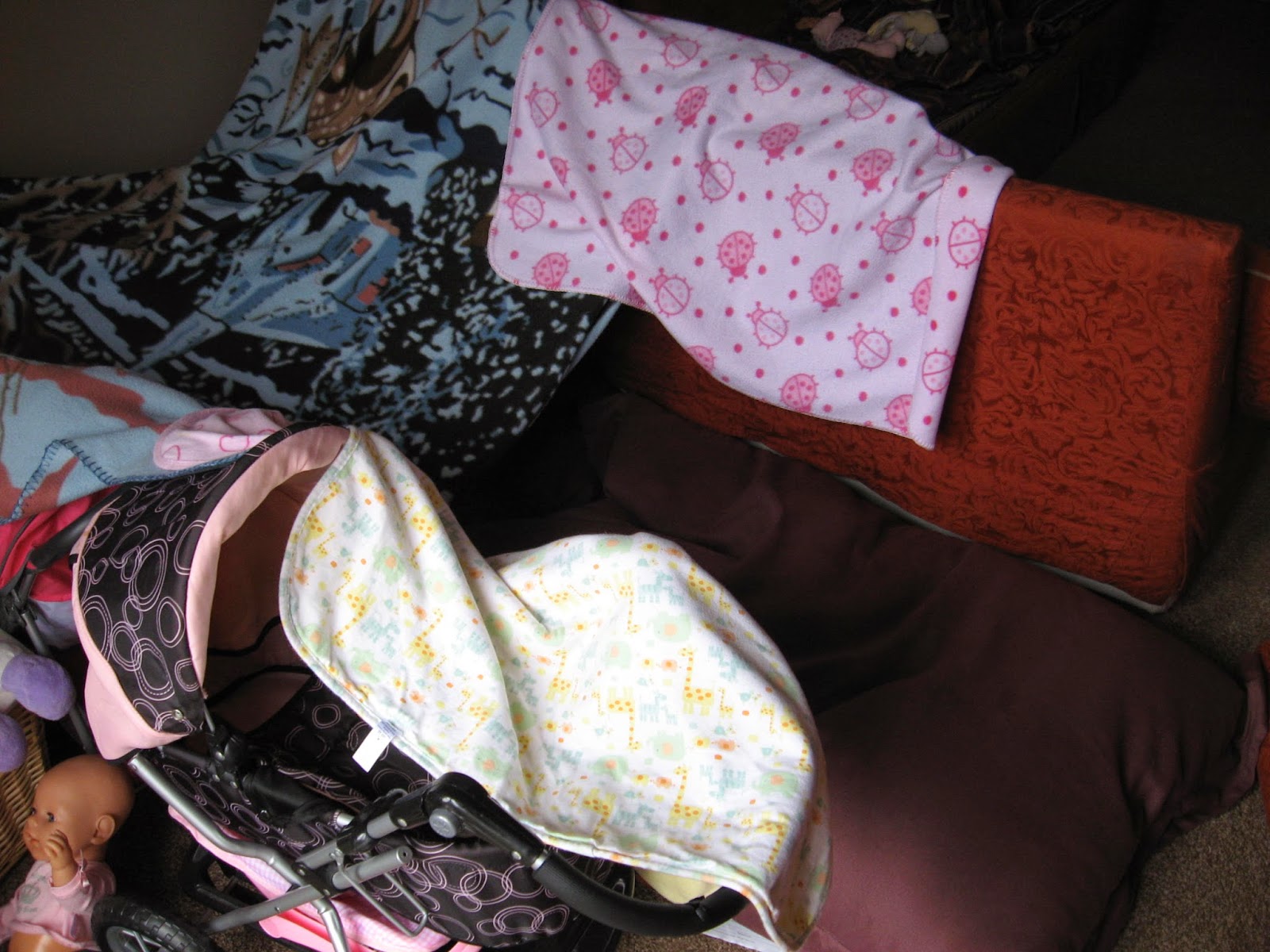 They (mostly Little 1 I expect) had taken all the cushions off the sofa and lined them up beautifully to make some sort of pathway to the babies cots, there was also a den they had created at the other end, I can't remember what the game was now or where they said they were going but they marched up and down those cushions for hours on and off, Daddy wondered what was going on when he came in from work. 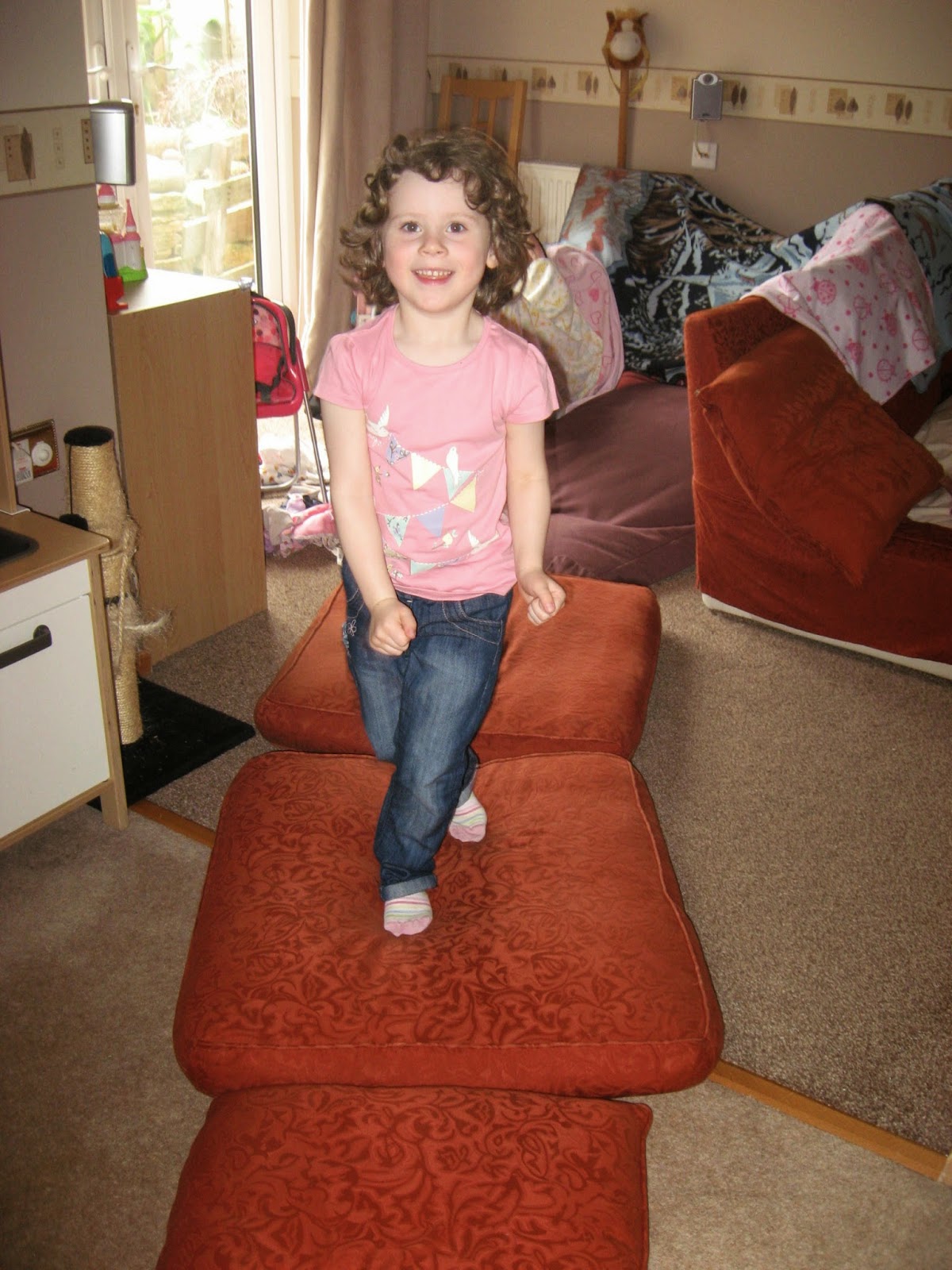 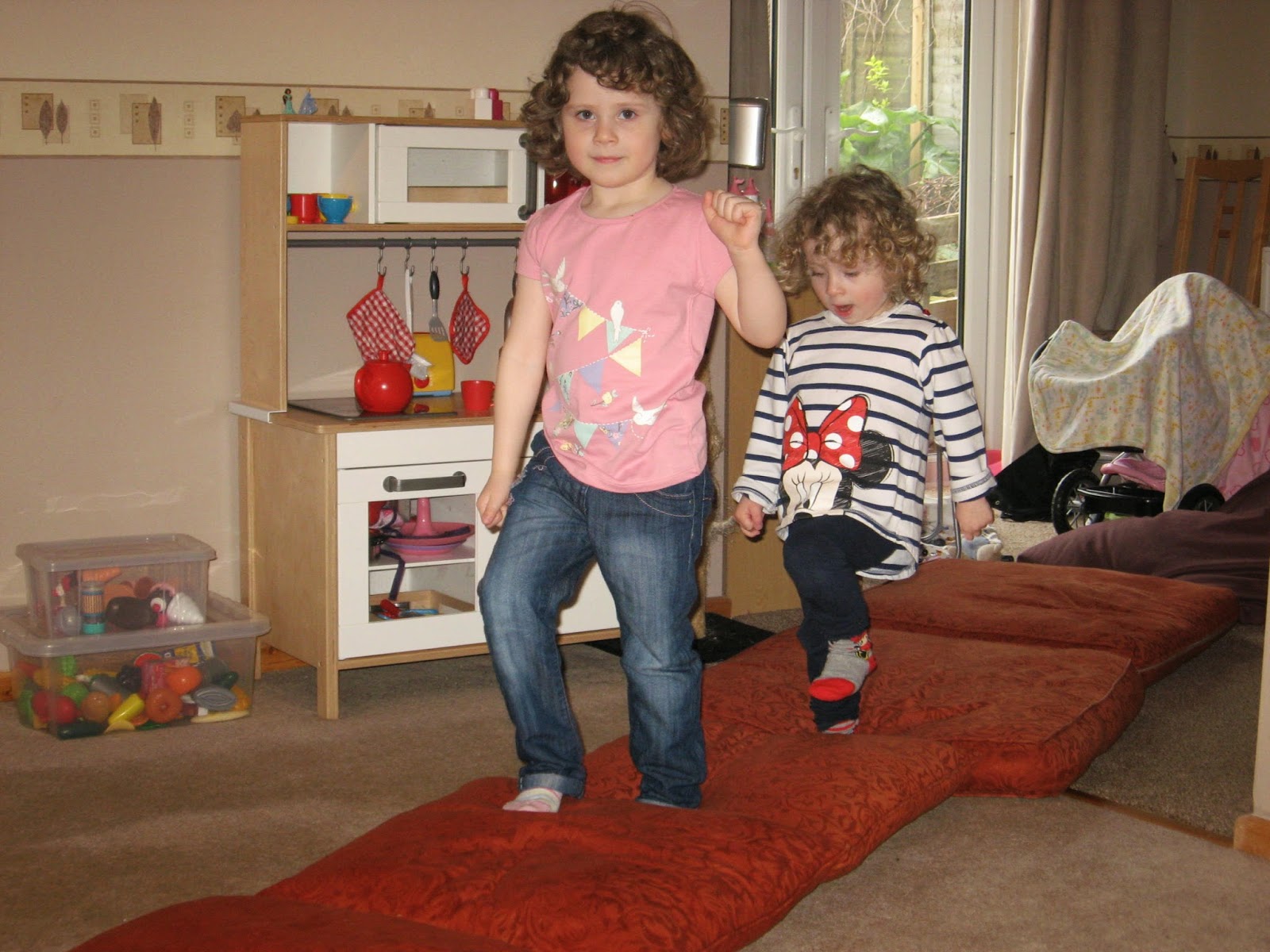 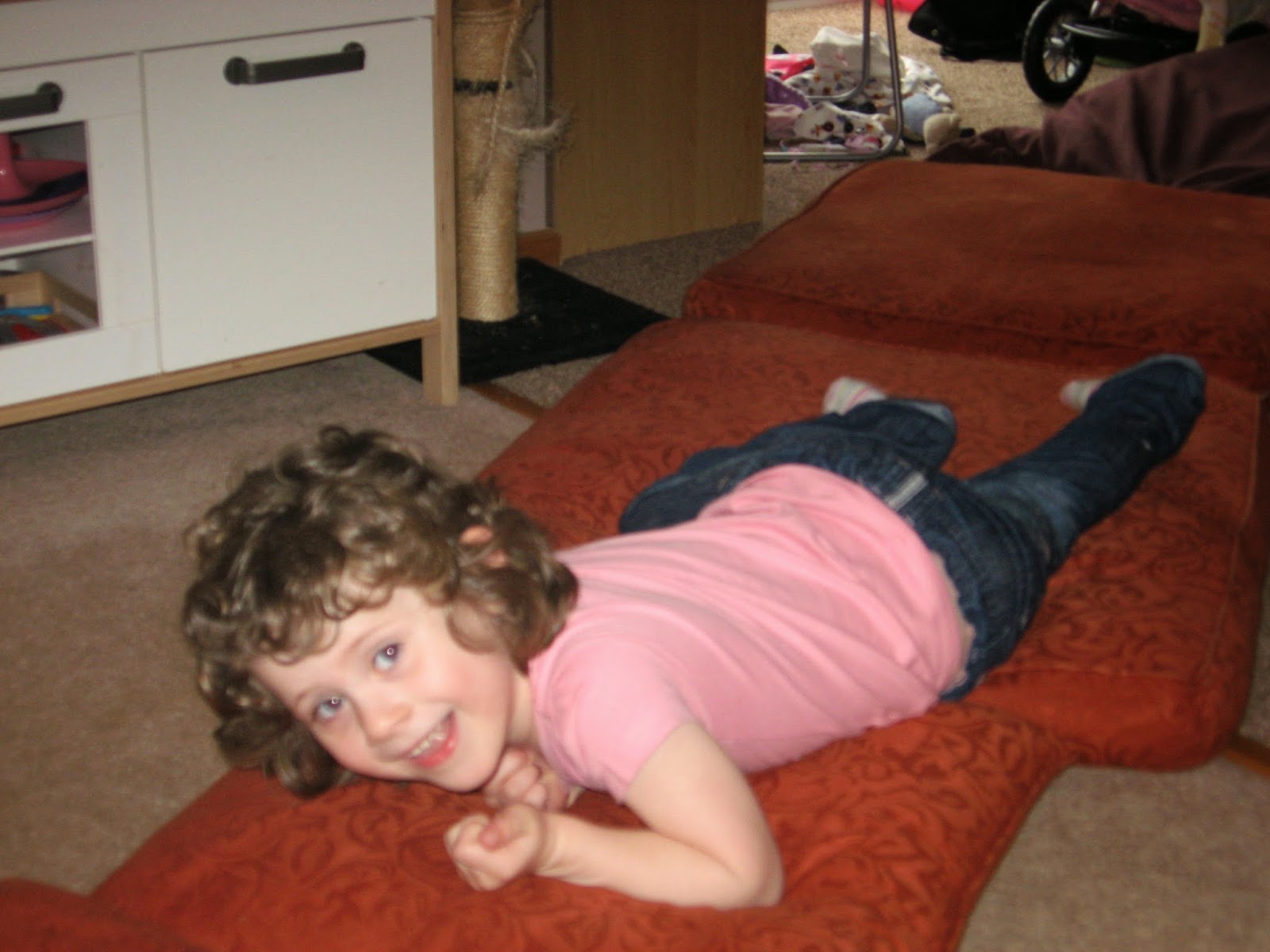 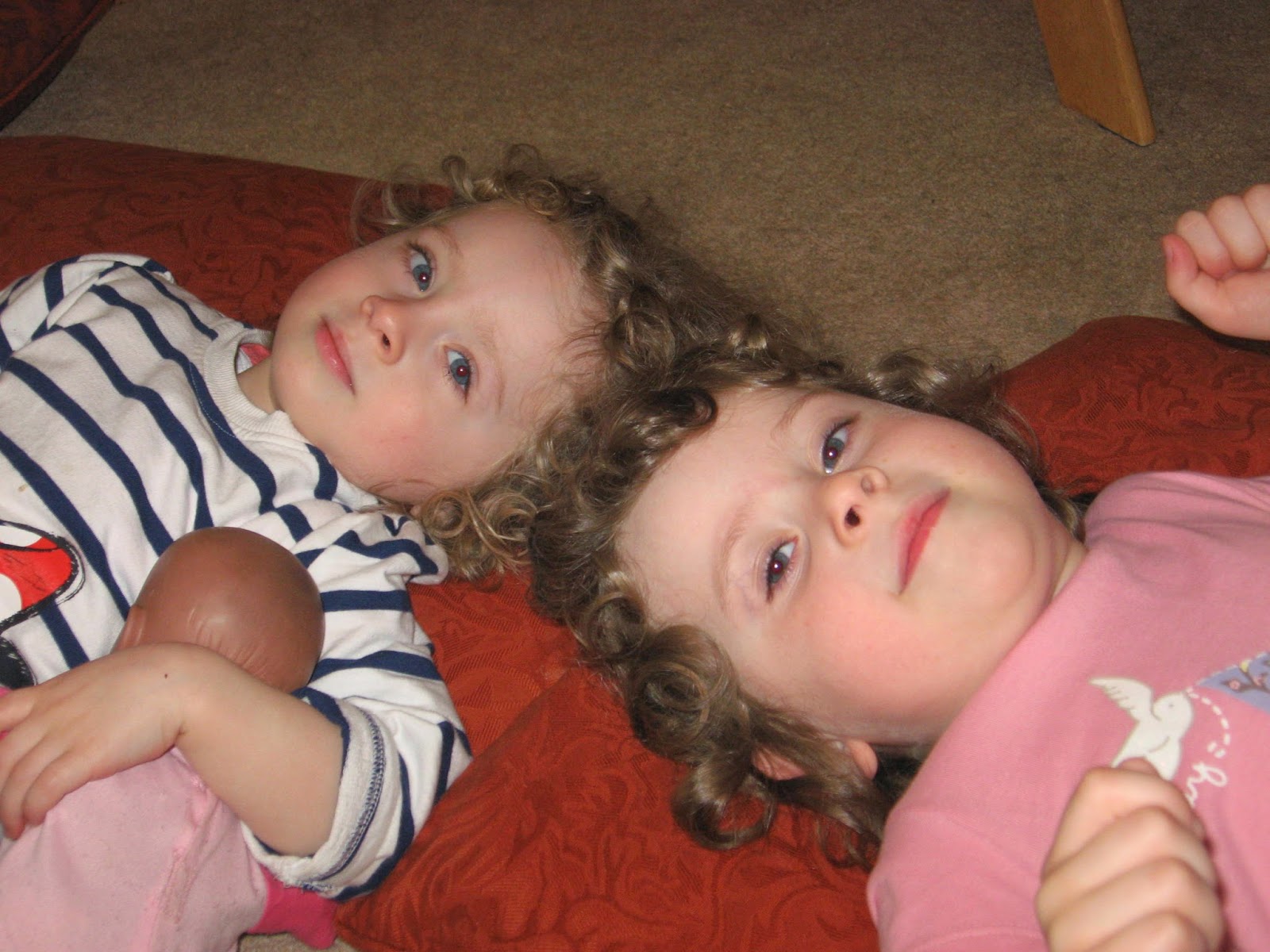 What games do your Little ones play? Have they created any masterpieces with the furniture?
at 12:06 am
Email ThisBlogThis!Share to TwitterShare to FacebookShare to Pinterest
Labels: games, little ones, playing