A couple of the girls who go to preschool with Little 1 go to ballet and I think they have been teaching her a few moves, she came home every day this week doing all sorts of twirls and ballet type moves stating that she was practicing her ballet.

This morning, when it wasn't even 8am, she was dancing around the living room trying to teach Little 2 her moves while singing some well known nursery rhymes. I watched her try to explain to her little sister to move her arm and leg at the same time and that she needed to do it slowly. Little 2 was faciniated and tried very hard to do as she was asked. I love the fact that my girls get on so well together, they are very close.

It was lovely to see two smiling faces dancing around as I waited for the first coffee of the day to kick in, I didn't have the energy to join in myself, maybe next time. 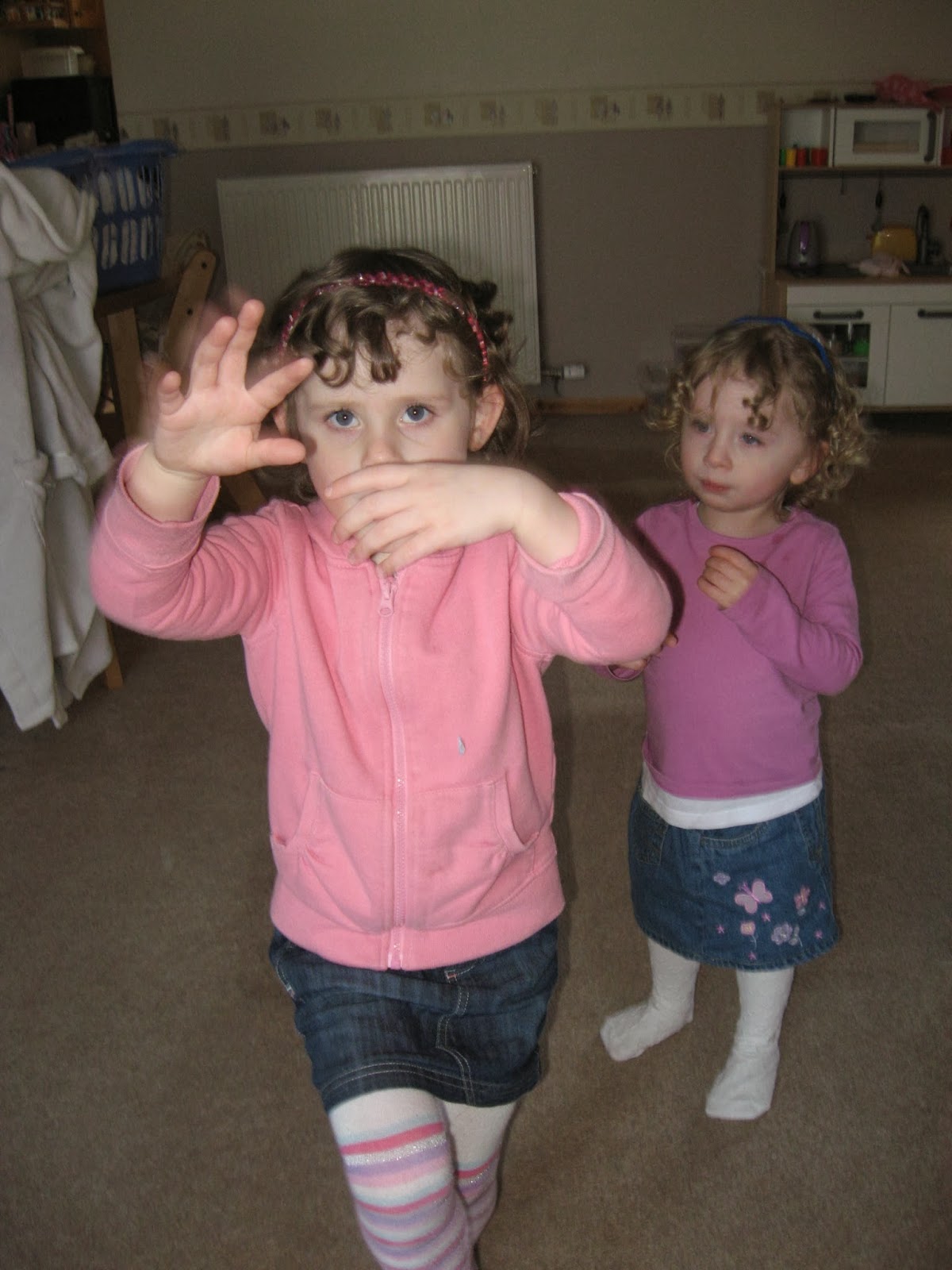 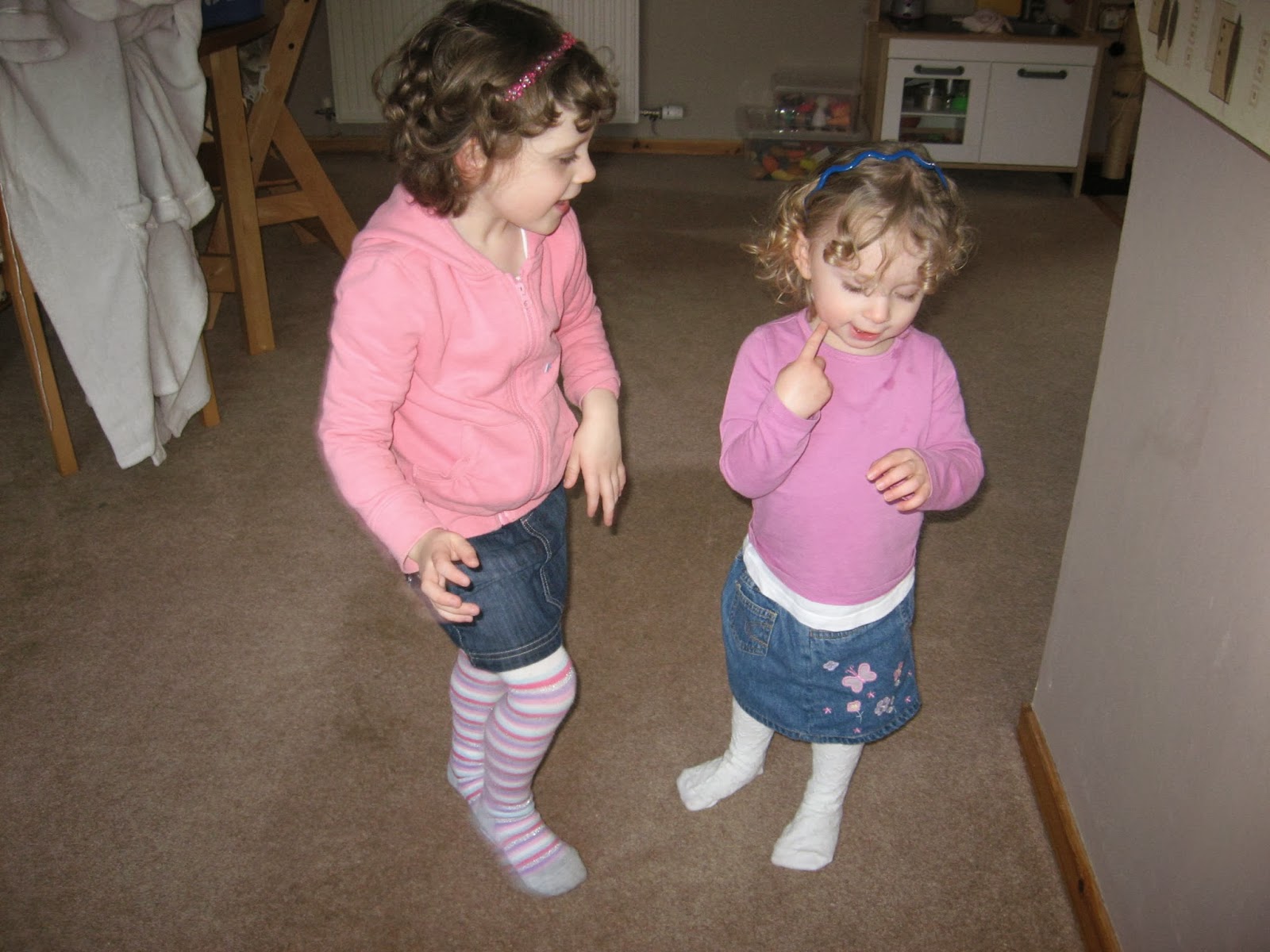 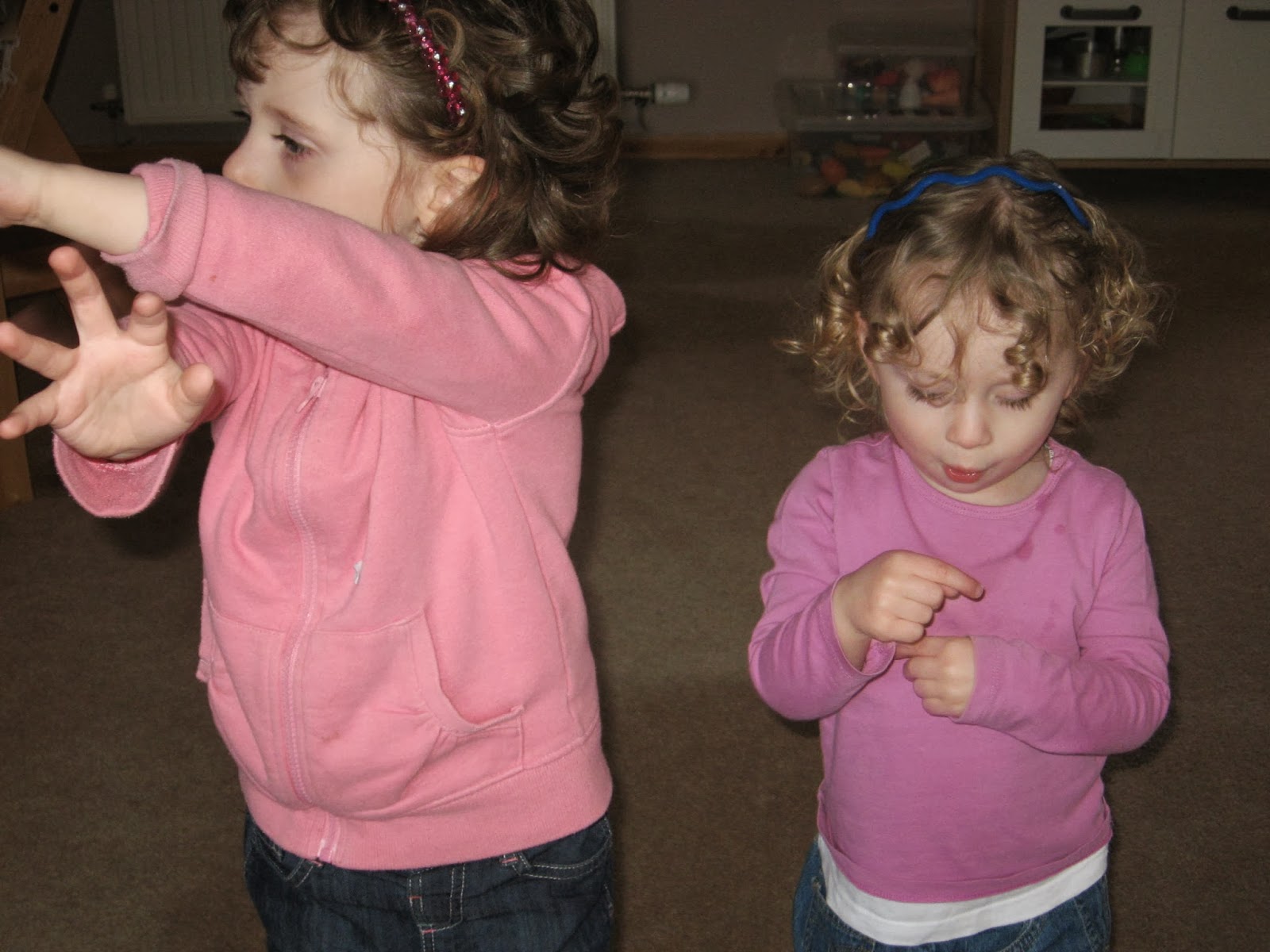 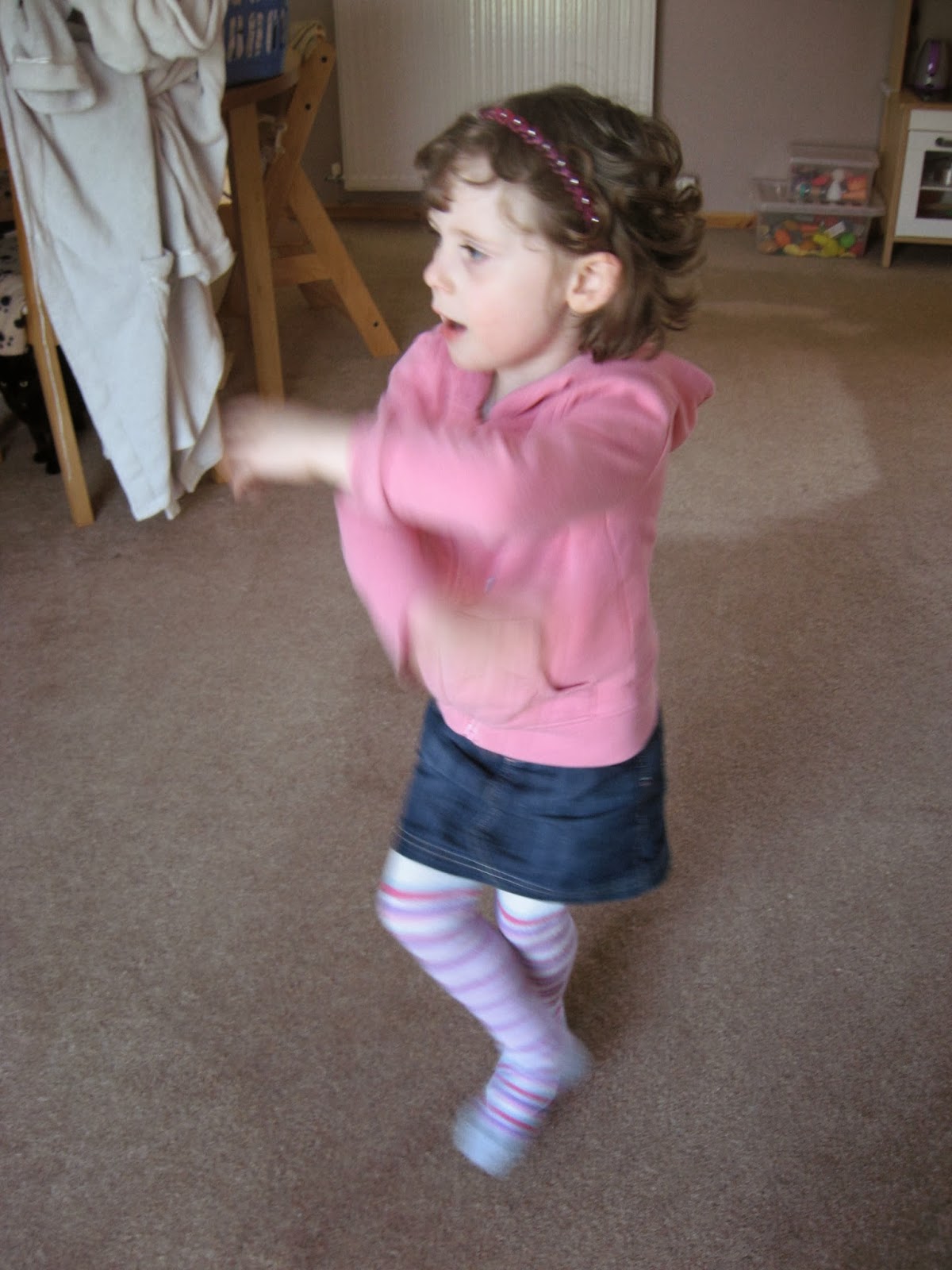 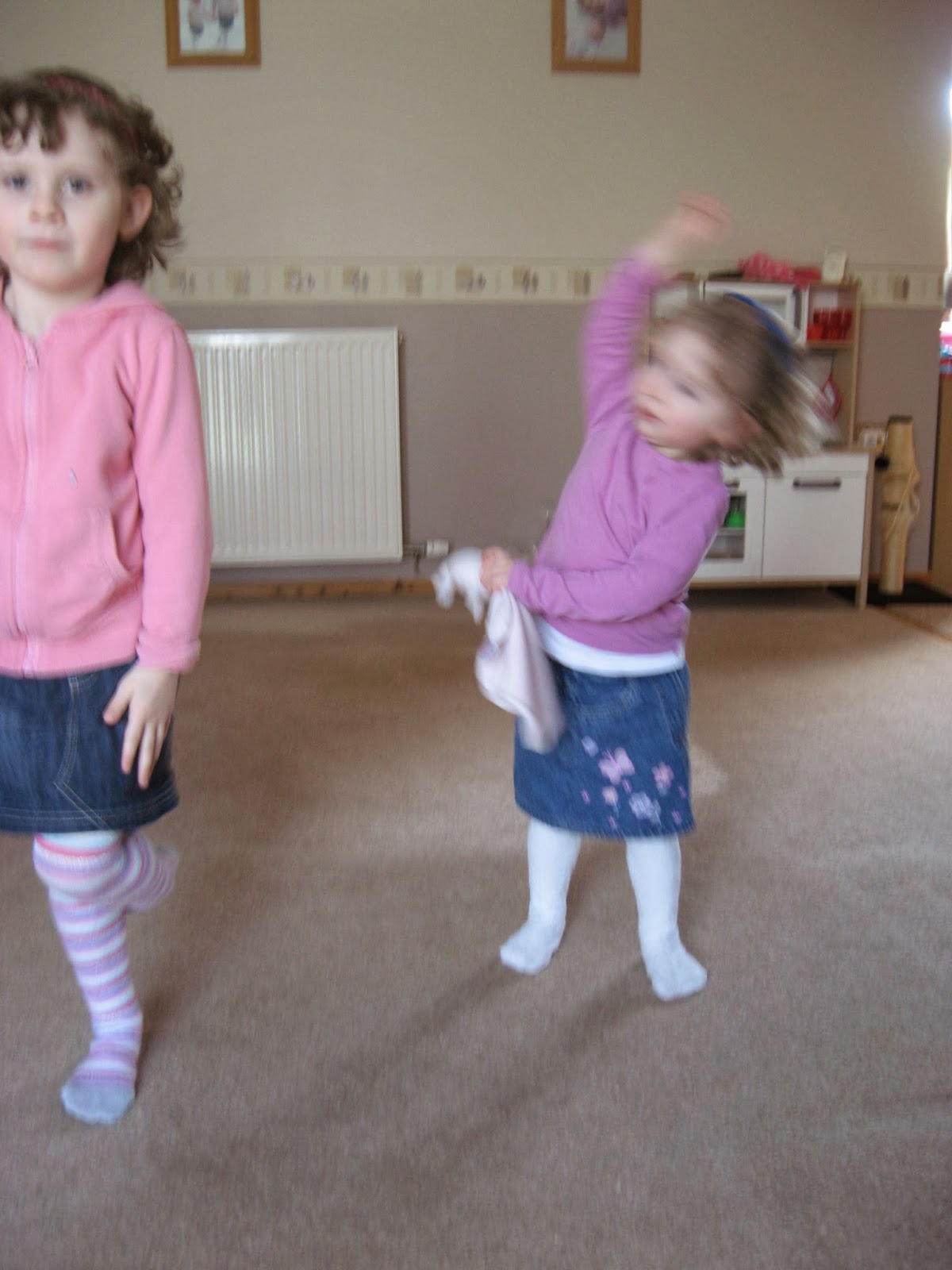 Little 1 has never struck me as a dancer, she is more rough and tumble than graceful, although she does like music and having a good sing-a-long. I did ask her if she wanted to go to ballet or gymnastics classes back in September but instead she chose Hockey Tots, after trying Hockey at a sports event we went to. She has one hell of a push pass on her and is excellent at target scoring for her age, she loves hockey, I don't think she will be a ballerina but Junior Hockey Club look out we are on our way.
at 8:26 pm
Email ThisBlogThis!Share to TwitterShare to FacebookShare to Pinterest
Labels: games, helping, little 1, little ones, playing