Anyone who knows me will know I am a coffee drinker. I like a good cup of the proper stuff, instant just won't do, especially in the morning. I do not drink tea, ever.
Upon returning from shopping yesterday I really fancied a cup of tea (????) and rich tea biscuits, maybe it was because I had bought the biscuits and they lend themselves to dunking, I don't know. I don't tend to eat biscuits I buy them for the children.
Little 2 needed a snack so we sat there together, me with a cup of tea and her with a cup of milk and we got dunking. She had a lovely 10 minutes dunking and sucking the milk out of her biscuits. She also liked making drips all over the table and rubbing her fingers around in them so it did end up being a little messy. 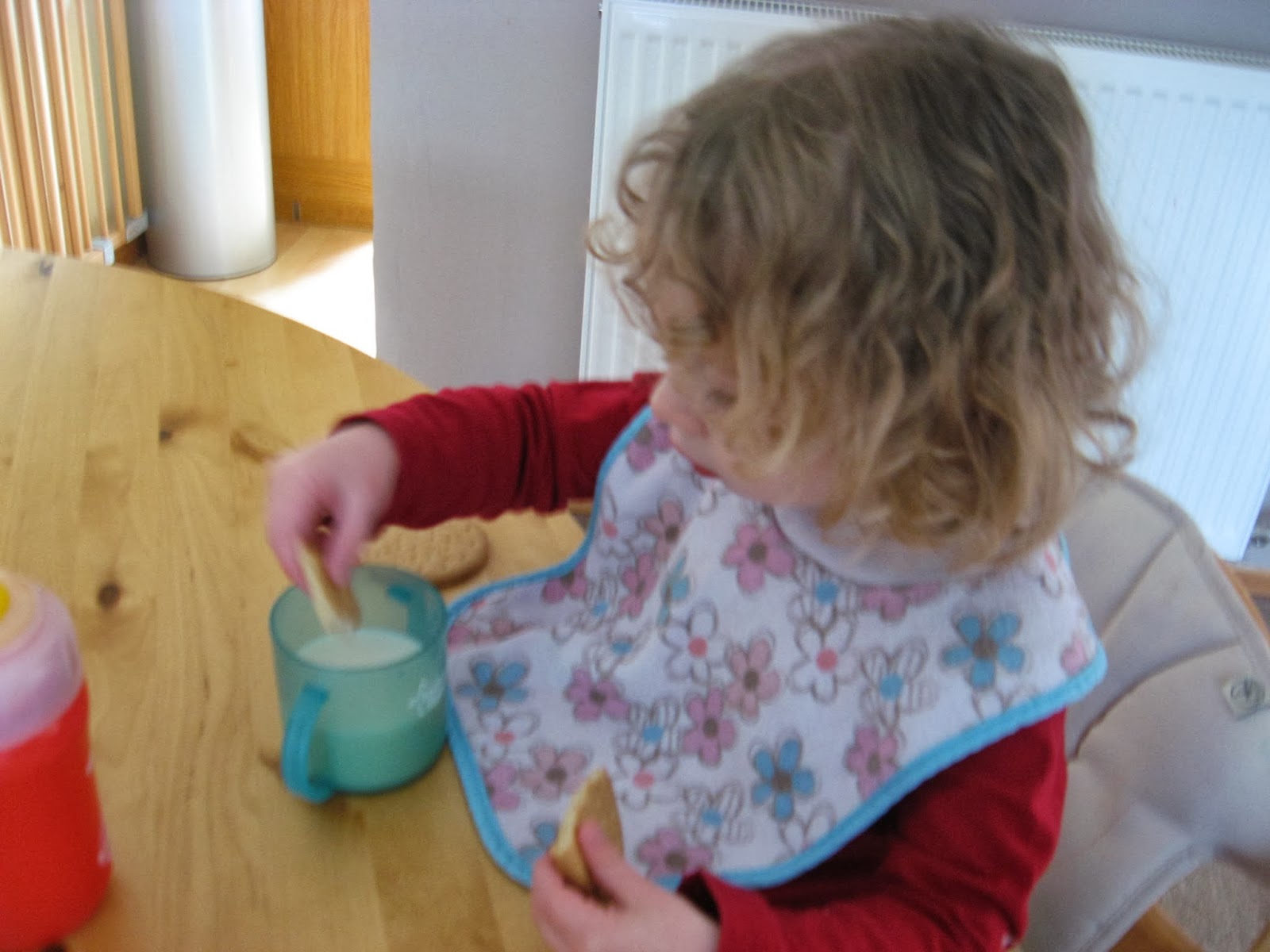 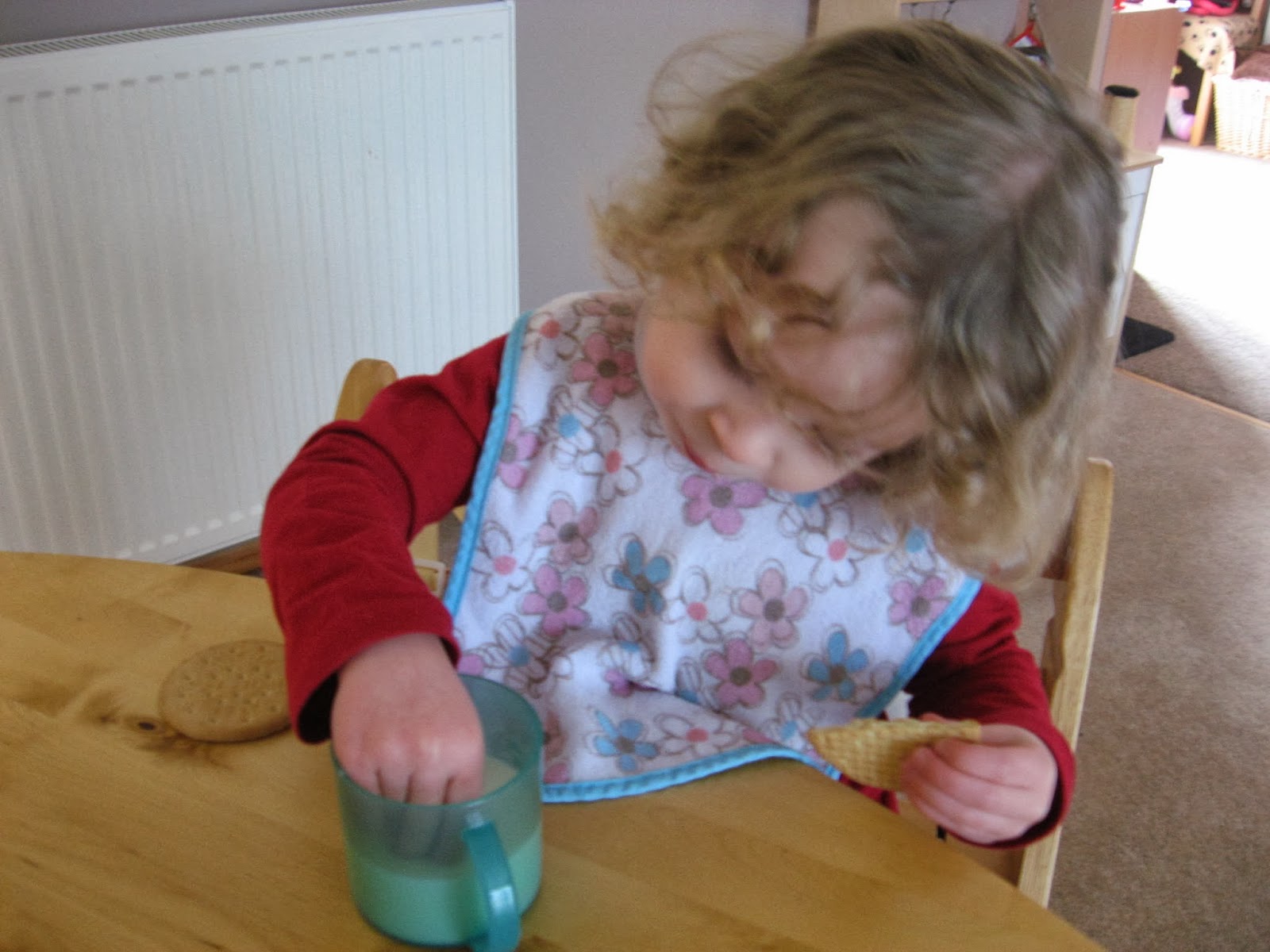 What happened to my cup of tea after I had finished dunking?? I drank half of it and the rest went down the sink, I really do not like tea much!!

Later we went to the shoe shop and had Little 2's feet checked as she has got so tall recently, they gave her a sticker. When we got home she took it of her coat and stuck it over her eye parading around the lounge saying 'I pirate arrrr', it was pretty funny!! 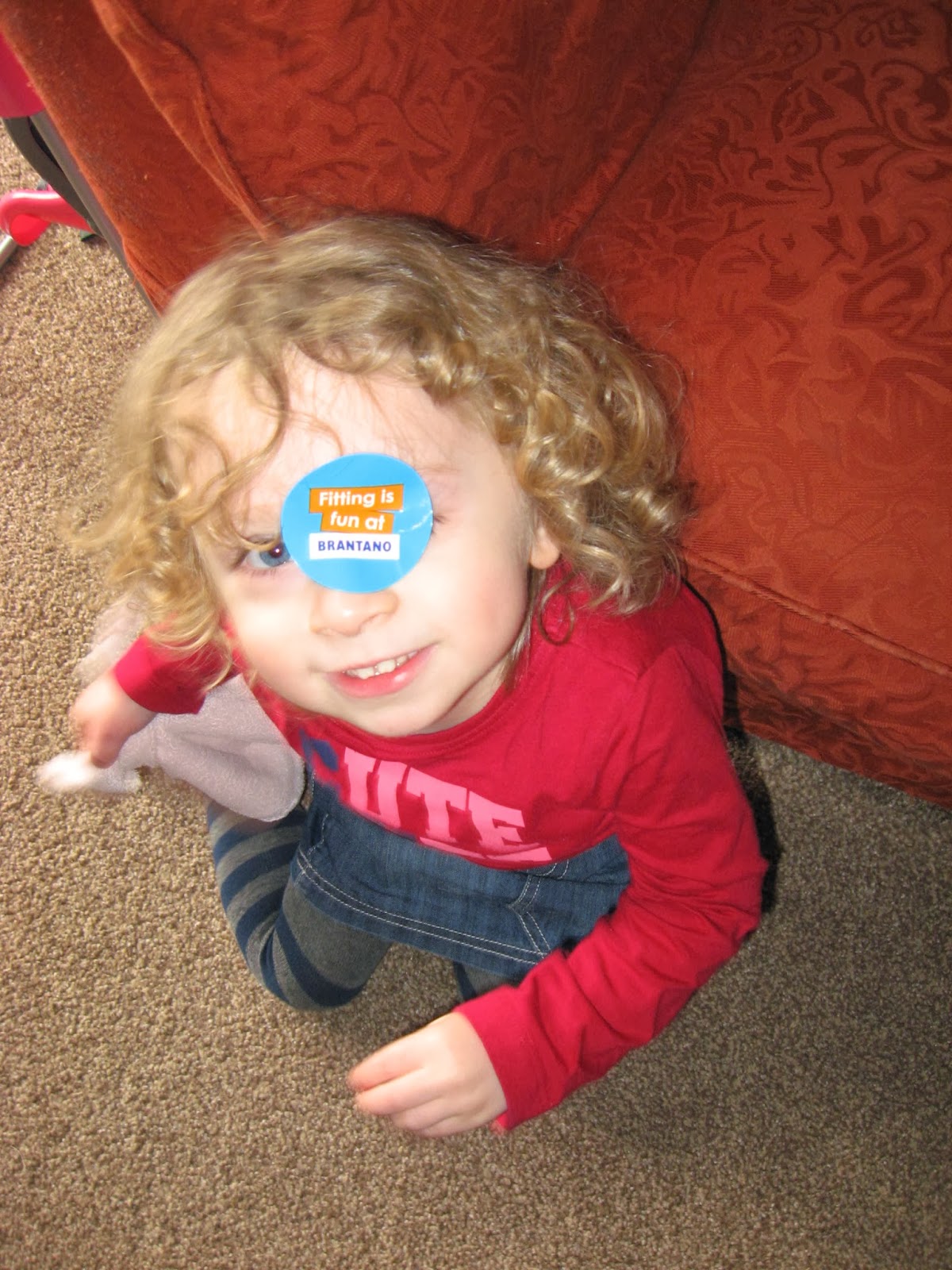 at 9:56 am
Email ThisBlogThis!Share to TwitterShare to FacebookShare to Pinterest
Labels: little 2, mummy