We had a little incident today involving a raisin, a toddler and a nose!! Little 2 was playing nicely and eating her snack of yoghurt coated raisins, I was putting the shopping away. She came out to the kitchen with an empty bowl and her finger up her nose and said 'raisin up there' (Aargh).

I had a look and could see it, I tried to get her to blow it out but she didn't get what I was asking her to do so I got the tweezers. I got Little 2 to lay down and I had a go but the yoghurt coating meant I couldn't get hold of it and Little 2 got upset, the poor thing.

Drastic action was required so after a brief cuddle I laid her on the floor in between my legs and held her head with my feet, I somehow managed to hold her arms down with my elbow and her nose with my hand and tweezers in the other, by this time the coating has melted off so I was able to grab the raisin and pull it out.

We had lots of cuddles after and I asked her not to put anything up there again. 'Ok' she said. This picture was the grumpy toddler I had for a few minutes after removing the offending raisin. 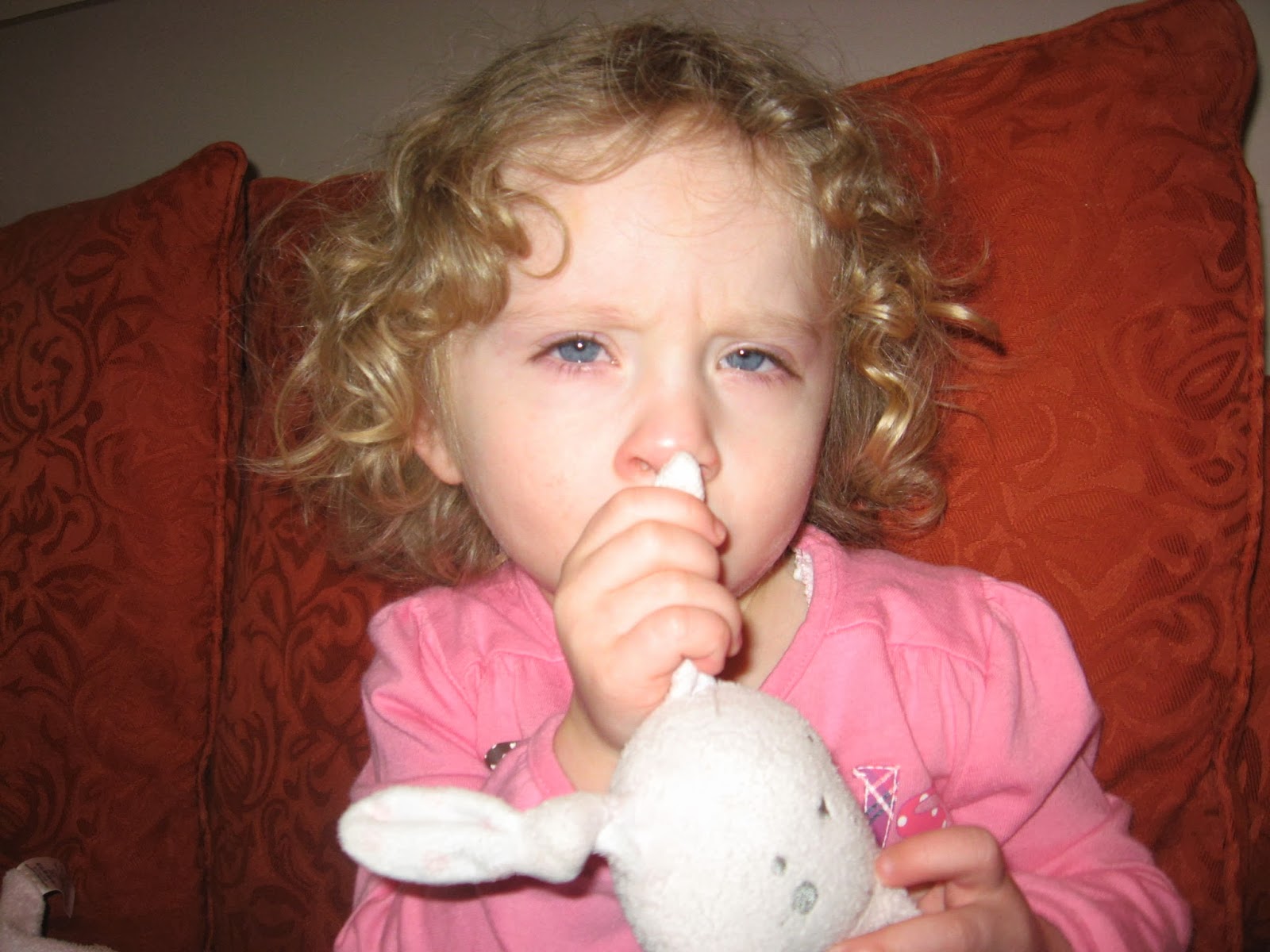 at 11:23 am
Email ThisBlogThis!Share to TwitterShare to FacebookShare to Pinterest
Labels: little 2