Little 1 has been watching a new television programme on Cbeebies called 'Time for School' all about reception children starting school (that will be her in September), in the episode we watched yesterday they made biscuits. She asked if we could make some and as we have friends coming to play tomorrow I thought it would be nice to make some to share (we bake cakes quite often but haven't made biscuits in ages). 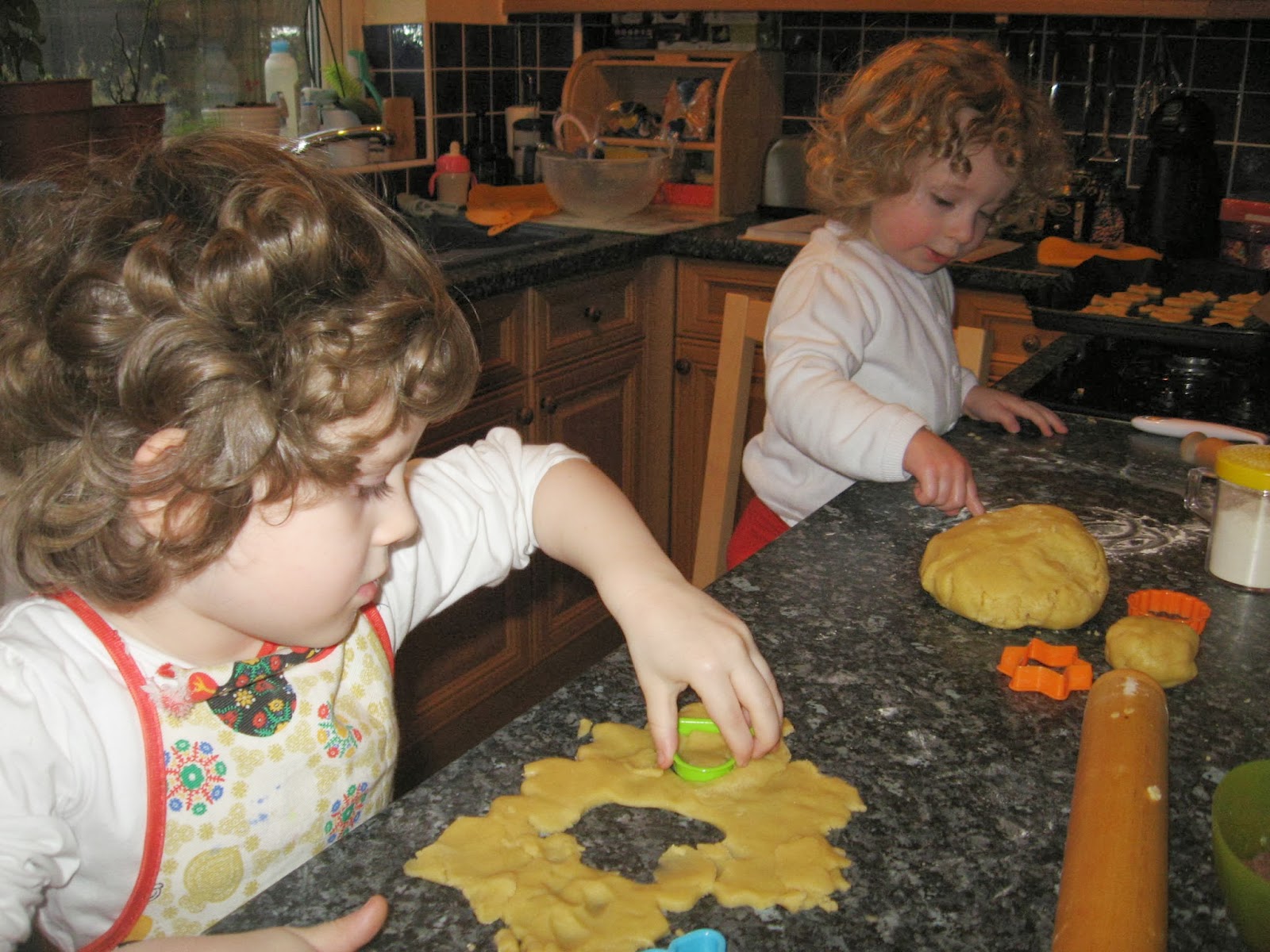 I didn't take any pictures while mixing as we all had sticky fingers! Here they are cutting the dough, Little 2 also liked drawing pictures in the flour. The best part is obviously being allowed to lick the icing bowl afterwards. 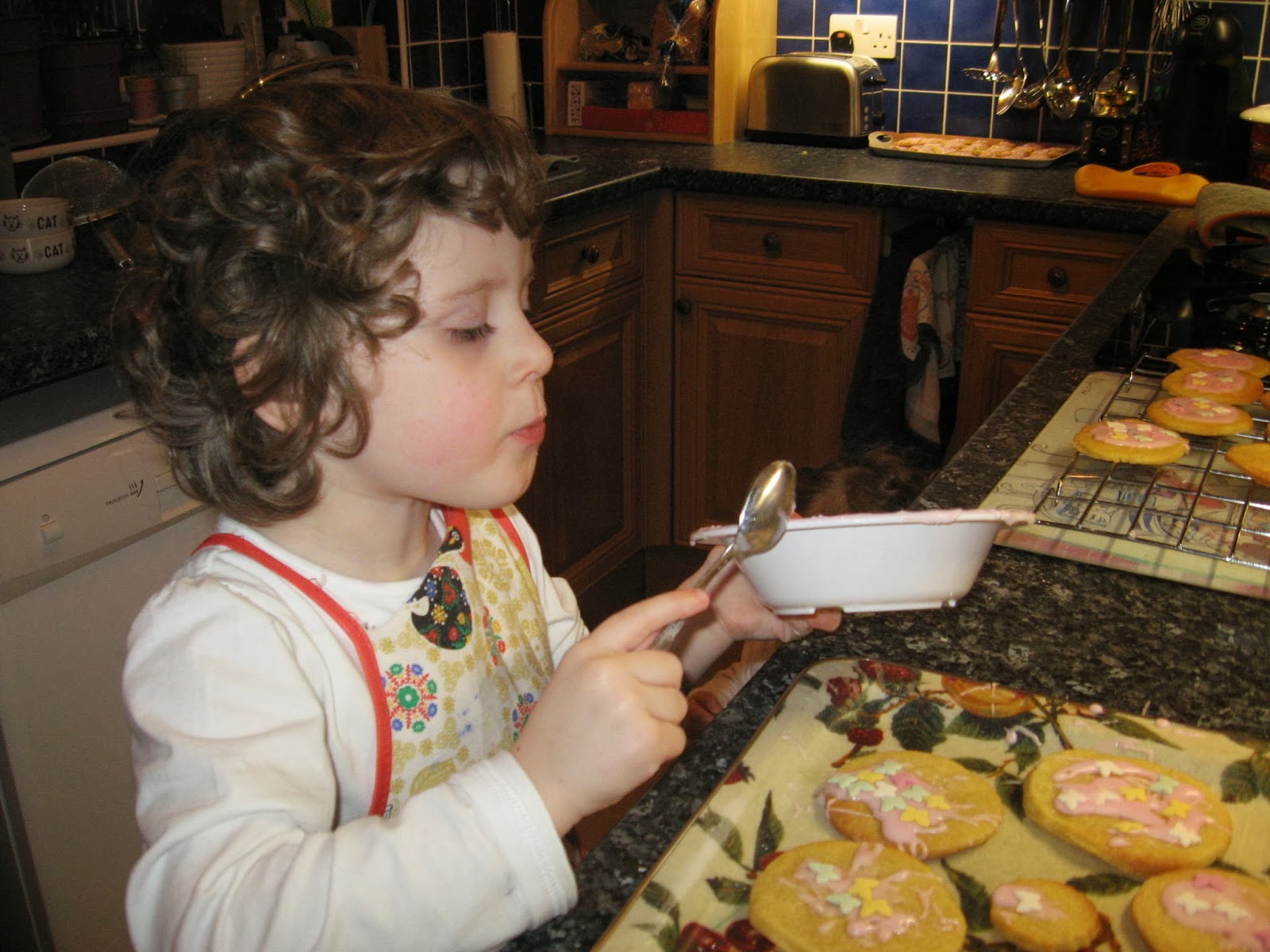 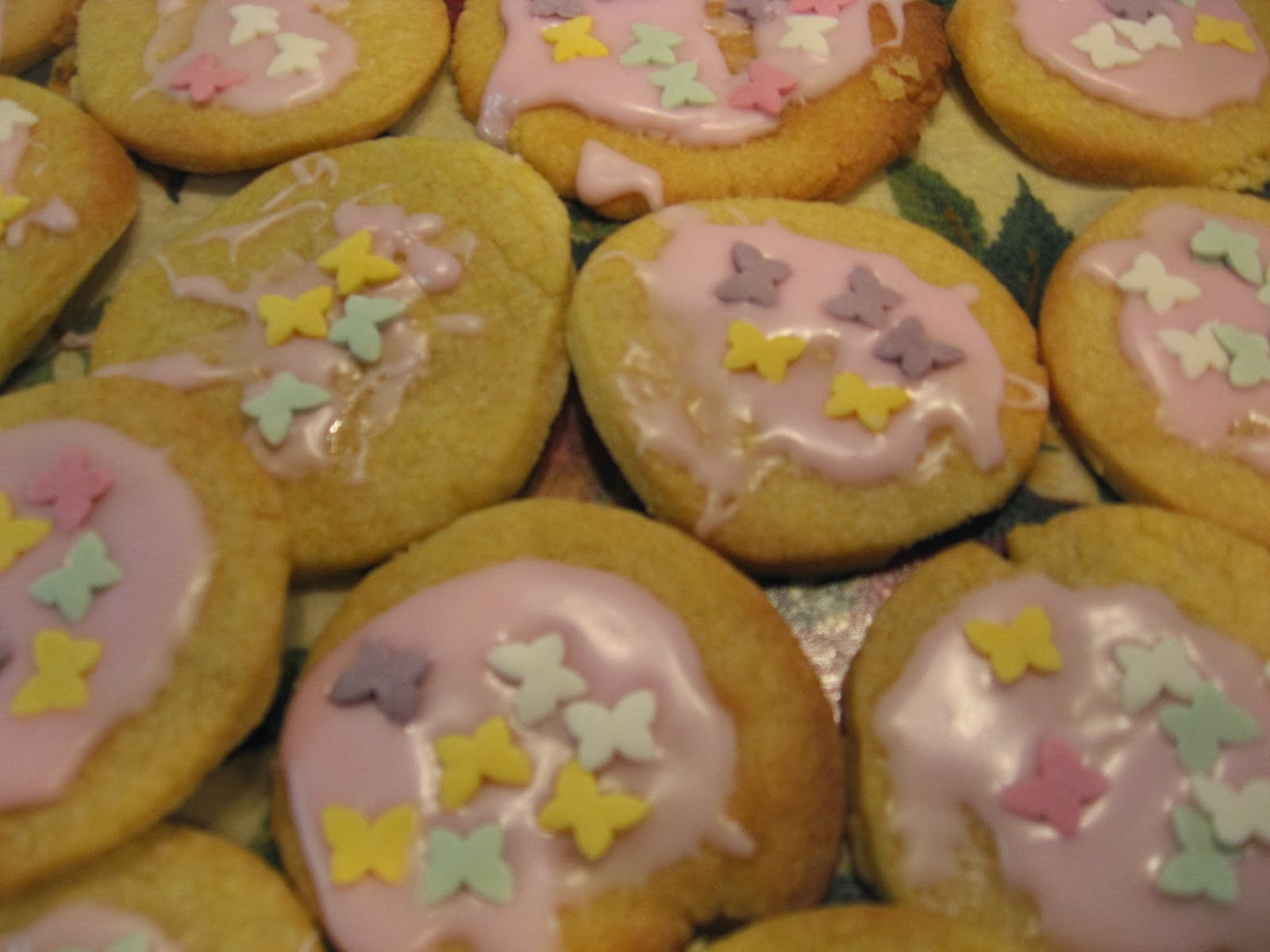 Don't they look yummy, mmmm makes me want one now but I mustn't i've had 2 today! Sorry the pictures are a bit dark, I could do with a better camera and the light in the kitchen is not great.
at 10:06 pm
Email ThisBlogThis!Share to TwitterShare to FacebookShare to Pinterest
Labels: baking, little ones